I guess you could say it’s been a while. Behold Ciere Giba. Bonus points to the house of your choice if you can spot the kitty in this picture.

Illusive certainly starts off with a bang! Unfortunately the momentum dies down, but not enough for me to put it down. Illusive is jam-packed with action and a believable dystopian future (as believable as super powers can be). It may have a little bit of science fiction, but not enough to turn off the average young adult reader. So here’s the deal: a plague threatens to wipe out humanity, and the vaccine used to prevent it causes extreme side effects in .003% of the population. Side effects such as super strength, mind reading, levitation, etc. These “immunes” are either imprisoned, forced to work for the federal government, or they live their life on the lam as criminals.

Illusive centers on two characters in the last camp: Ciere Giba, an illusionist (exactly what it sounds like), and Daniel Burkhart, an eludere (super senses/can escape anything). While I absolutely love Daniel’s voice, Ciere’s voice is a bit bland and judgemental. As is common in young adult fiction, we also have a bit of a love triangle going on. The main plot focuses on the characters’ efforts to find the formula of the vaccine used to create Immunes, either for personal profit or to destroy it to prevent more Immunes from being further weaponized by the governments.

This is Emily Lloyd-Brown’s debut as an author, and she is one strong writer. The imagery is vivid and the jokes are clever (even if they are mostly all aimed towards Devon). However, it is a bit of a problem if some of the secondary characters (Kit Copperfield and Magnus Fugare come to mind) are more interesting than the main character. Ciere herself continually makes dumb decisions that put the people she cares about in great danger, and while she is quick to blame others for their mistakes, she fails to take accountability for her own errors. Even so, the writing and story itself is engaging and well worth the read. There was character growth and I expect the sequel will further cement that growth.

Verdict: I would absolutely recommend this book to young adult novel enthusiasts, especially those that love super powers.

Why did Ciere’s mom never instruct her daughter not to use her powers in public? And with the precautions her mom took in the first place, I’m surprised she even bothered returning home instead of immediately fleeing to another location. Furthermore, never once is Ciere’s dad mentioned.

Why is the Gyr syndicate the only one using the Feds against their enemies? You’d think all the mobs would be doing the same thing.

I find it hard to believe that Aristeus wouldn’t force Daniel to give up Ciere- who’s to say Alan Fiacre didn’t give her a copy of the formula before Aristeus “shot” him? However, I definitely find Aristeus to be one of the most interesting characters in the novel, and I can’t wait to learn more about Kit, Magnus, and Aristeus’ relationship and history. 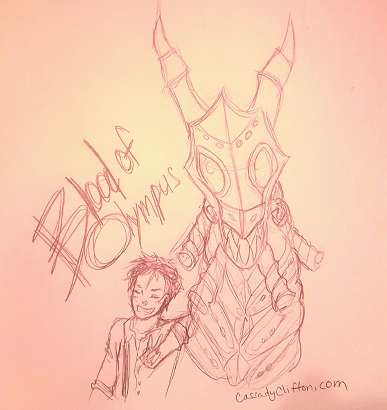 Whoo hoo, my first book review! And for your viewing pleasure, a 10-minute sketch of our boy, Leo Valdez, and his mechanical dragon, Festus!

First thing’s first: it’s the end of the Heroes of Olympus series! It was so bittersweet going into reading this novel and knowing it’s likely the last I’ll read of Percy and the gang. Unfortunately, Percy and Annebeth do not get nearly enough screen-time. Leo, Jason, Piper, Reyna, and Nico hold the reins of the story.

Reyna, Nico, and Piper greatly mature in the Blood of Olympus. It is great watching Nico come into his own, and the true selflessness of Reyna. Piper evolves from a vapid character to a true friend and warrior (yes, I know she “doesn’t” care about her beauty, but in the first book that’s all we hear about!). What about Leo? Yes, he’s a prankster, but he’s always placed his quest and friends first and he is no different in this final novel.

Reyna and Nico’s POV’s were the quickest to read, followed by Piper, Leo, and then Jason. But flipping from one point of view to another right when things are about to get interesting feels a bit cheap. It’s definitely a common writing strategy, but with a writer as prolific as Riordan, I’ve come to expect a bit more. With that said, The Blood of Olympus is still a fun read.

Yet unlike its predecessors, I had no problem setting down The Blood of Olympus. I’d pick it up whenever I felt up to it, but I wasn’t chomping at the bit to finish it during my spare time. In fact, it took me about a month to finish reading it! The pacing seemed a bit off and the action and climax overall lackluster.

Getting through the novel is a bit of a chore: our main characters have to accomplish x, y, and z all before the end of the world, or else. There were few surprises and the audience largely knew what to expect. Even so, Riordan’s characterization, inside jokes, and wild imagination still made it an enjoyable read.

Verdict: I would absolutely recommend this series, and especially its predecessor, Percy Jackson and the Olympians, to readers young and old.

I’m still not sure how Jason won an underwater battle while Percy was completely incapacitated by poison. Also, question: when did Percy’s “fatal flaw” ever impact our characters? Answer: Never.

Leo dying and then being brought back with the Physician’s Cure made his sacrifice feel hollow. Also, it seems out of character for him not to insist he and Calypso immediately return to Camp HalfBlood to assure his compadres he is a-ok.

Will and Nico make an adorable couple! And Nico finally deciding to make an effort to connect with others is long overdue. I think we have Reyna to thank for that!

The ending was completely anti-climactic. Gaea’s demise was clever (Thanks Percy’s sis!), but the main characters never really seemed to be in danger. However, I loved Octavian’s demise and Leo’s memory of a screaming fireball.

Camp NaNo WriMo begins next month and I am endeavoring to complete it!

First I just have to plot almost my entire first novel.

Huzzah for procrastination and contemplation! 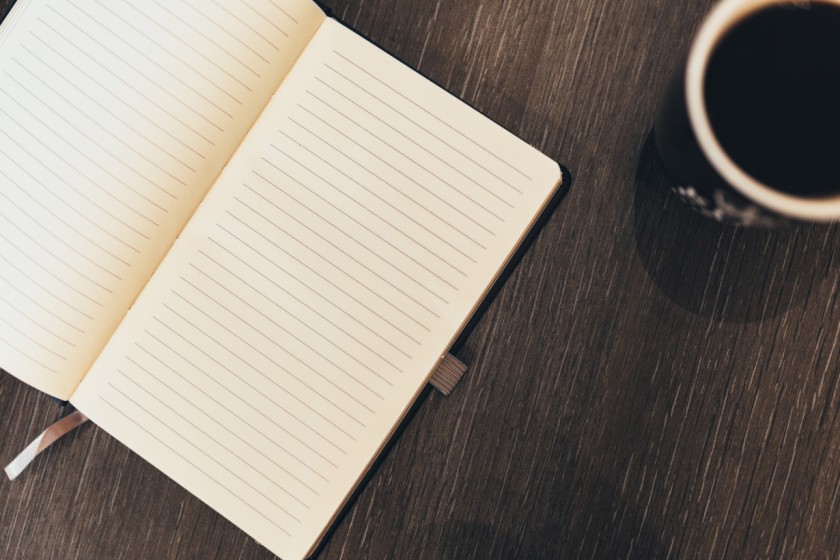 Hey you! Yeah, I mean you there! What’cha doing loitering over in my little corner of the web?

Well if you’re here, I might as well tell you…

Thanks for stopping by! I hope to get this site up and running over the next several months, to add book reviews, and to keep myself accountable in working on my first novel!